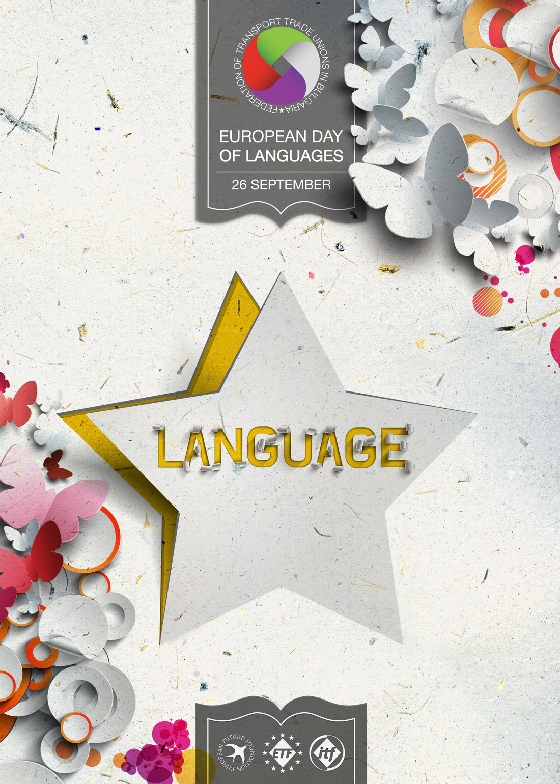 Since 2001, declared the European Year of Languages, by decision of the Council of Ministers of the Council of Europe the week around September 26 is used annually to celebrate and promote multilingualism in Europe. Our continent is rich in languages: the european ones alone number over 200, and in addition we have the many languages of those Europeans whose roots are from other continents.Functioning and the communication of the EU institutions with the citizens of individual states would be impossible without the recognition and maintenance of linguistic diversity.
For us as trade unionists in the global corporate world, the ability to “speak the same language” END_OF_DOCUMENT_TOKEN_TO_BE_REPLACED

As the European Commission’s strategy on Corporate Social Responsibility expires at the end of 2014, the EC launched public consultations on the new one. Every citizen or organization is invited to contribute HERE.

A proposal to the EC will be given by the EUROCADRES intersectoral P&MS council, member of the ITUC, in which ETF is represented. During its Executive Committee meeting on 17/18.06. Eurocadres embraced FTTUB’s idea to recommend training on CSR for the negotiating P&MS teams. If the proposal is approved, we believe that it will have a strong and positive practical impact on making the negotiations at any level of the social dialogue much more consistent and efficient, and will be a clear signal of good will for a fruitful social partnership.

Another important event took place within the preparatory information meeting – Mrs. Yordanova also presented the CITUB initiative for support of Bulgarian education. The volunteers, all of them FTTUB members, participated in the subscription. They also committed to pass on the message and the noble initiative. Underlined was the important role of trade unions and professional training.

FTTUB monitor and support this campaign from its very beginning. Knowledge and competence, as well as professional qualification have always been a priority of our union. Therefore the establishment of FTTUB’s Centre for Vocational Training, led by its Headmaster Lyudmila Serkedjieva, is not coincidental. END_OF_DOCUMENT_TOKEN_TO_BE_REPLACED

On May 15 another group of volunteers – this time employees of Sofia Public Electrical Transport Company and Sofia Airport – began their preparation for the 43rd Congress of ITF in August. Traditionally, they were welcomed by Ekaterina Yordanova, President of FTTUB, who personally introduced them to the forthcoming global event and our place in it. Then the trade union members learnt details about history, structure, objectives and activities of the International Transport Workers’Federation worldwide. This opened the way to a more open discussion of trade union issues.

Similar preparatory information meetings will be held in the countryside.

Precarious workers now make up around 50% of the workforce in the transport industry. That’s millions of people in the global supply chain – particularly women and young workers – in casual jobs; insecure, poorly paid, flexible and unpredictable work.

We must increase our efforts to organise these workers. Without them we can’t win the fight for decent working conditions and wages for transport workers. Lets start 2014 with a drive to organise precarious global delivery workers across all regions and sectors! 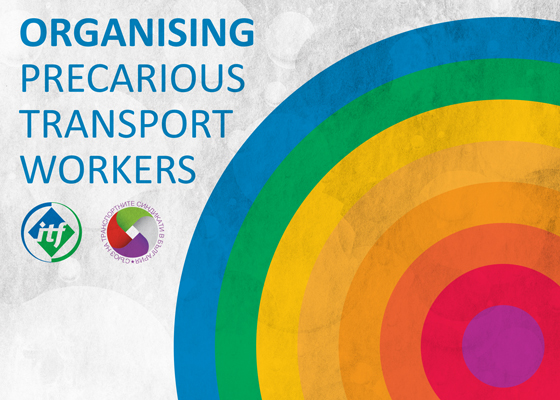 END_OF_DOCUMENT_TOKEN_TO_BE_REPLACED

Participants in a Regional Youth Conference united around the idea that there is a need to strengthen the role of ITF in the Balkan region. The conference took place on 9 August 2017 in Sofia. It was organized by the Federation of Transport Trade Unions in Bulgaria (FTTUB) and its Youth Committee, on the occasion of the International Youth Day – 12 August. It was attended by young transport workers, activists of the transport unions from Bulgaria, the Balkans and Europe. Among the participants were members of the International Transport Federation (ITF) Youth Committee from Poland, Macedonia, Bulgaria, Croatia, Barbados and Argentina.