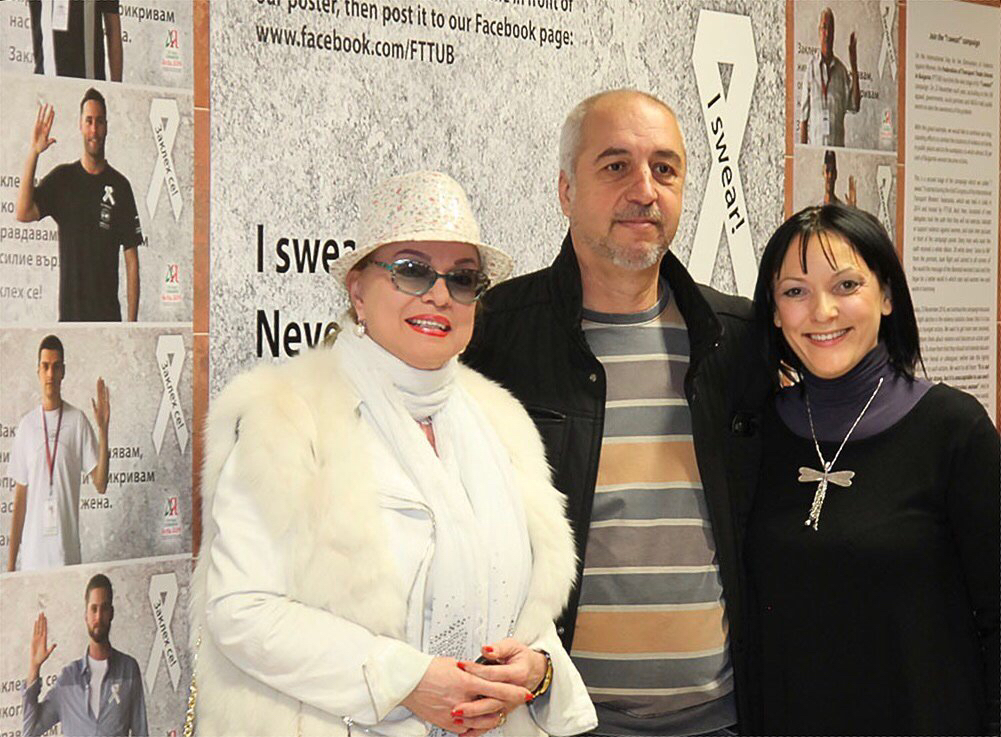 In 2016, on the International Day for the Elimination of Violence against Women, the Federation of Transport Trade Unions in Bulgaria (FTTUB) launched the next stage of its “I swear!” campaign, inspired by the White Ribbon oath started by MUA and launched in Bulgaria by FTTUB’s Youth Committee and its co-chair Alina Milusheva during ITF’s 43rd Congress. This campaign is a logical continuation of our long-standing efforts to combat the instances of violence at home, in public places and at the workplace.

END_OF_DOCUMENT_TOKEN_TO_BE_REPLACED

On the International Day for the Elimination of Violence against Women, the Federation of Transport Trade Unions in Bulgaria (FTTUB) launches the next stage of its “I swear!” campaign. On 25 November each year, according to the UN appeal, governments, social partners and NGOs hold public events to raise the awareness of the problem.

With this good example, we would like to continue our long-standing efforts to combat the instances of violence at home, in public places and at the workplace, to which almost 30 per cent of Bulgarian women become victims.

This is a second stage of the campaign which we called “I swear.” It started during the 43rd Congress of the International Transport Workers’ Federation, which was held in Sofia in 2014 and hosted by FTTUB. Back then, hundreds of men delegates took the oath that they will not exercise, tolerate or support violence against women, and took their pictures in front of the campaign poster. Every man who took this oath received a white ribbon. 30 white doves “came to life” from the portraits, took flight and carried to all corners of the world the message of the liberated woman’s soul and the hope for a better world in which men and women live and work in harmony.

Today, 25 November 2016, we continue the campaign because the slight decline in the violence statistics shows that it is too early to trumpet victory. We want to get more men involved, make them think about violence and become an active part of society. To show them that they should not tolerate abusers among their friends or colleagues; neither take this lightly or fall silent to such actions. We want to tell them: “It is not shameful to be strong, but it is unacceptable to use one’s masculine force to suppress defenseless women.” And to women victims we want to show that there is another world, that abusers are just a minority and the society condemns them. Women should be brave, end their silence and move on to better lives.

Our campaign will continue throughout the year with posters in the capital’s subway, the major railway stations and airports in Bulgaria. Join us and help combat violence against women! Take a photo in front of our “I swear!” poster and post it on the Facebook page of the Federation of Transport Trade Unions in Bulgaria – www.facebook.com/FTTUB. Share it on your personal wall with your friends. This is a big help for victims of violence. Be part of the positive example of truly strong men! Sisters, you also can be active on social networks, invite your friends and colleagues to take the man’s oath, upload their pictures and and share “I swore!”.

From July 6th to 9th, the independent researcher of the project Jane Pillinger held a series of meetings in Sofia. END_OF_DOCUMENT_TOKEN_TO_BE_REPLACED

On April 9 activists from “Inland waterways” section of the Federation of Transport Trade Unions of Bulgaria / FTTUB / together with volunteers distributed  nearly 200 copies of the Open letter (link) from Nick Bramley, President of ETF`s and ITF`s respective section among passengers on cruise trips in Europe. The action was held within The Action Week in the cruise River Shipping in Europe under the project “River cruise” of the two federations . END_OF_DOCUMENT_TOKEN_TO_BE_REPLACED 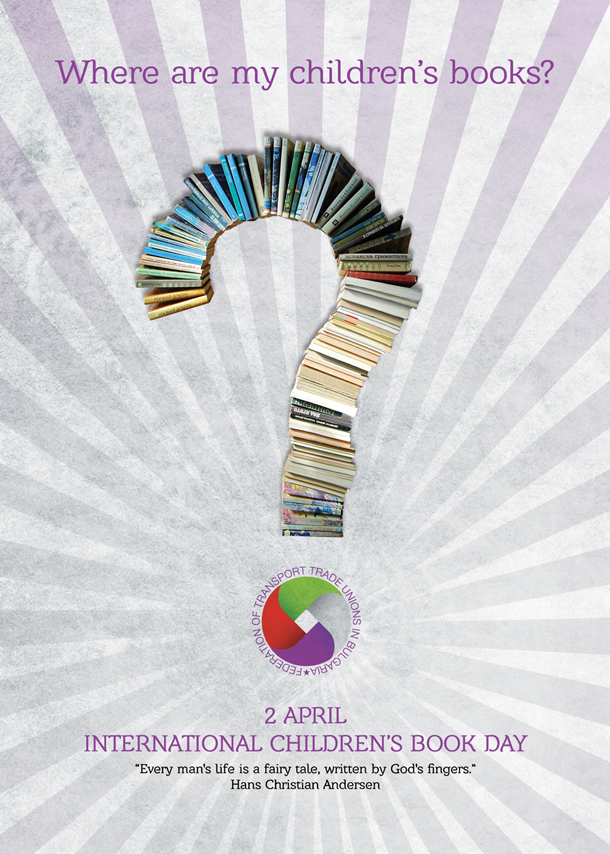 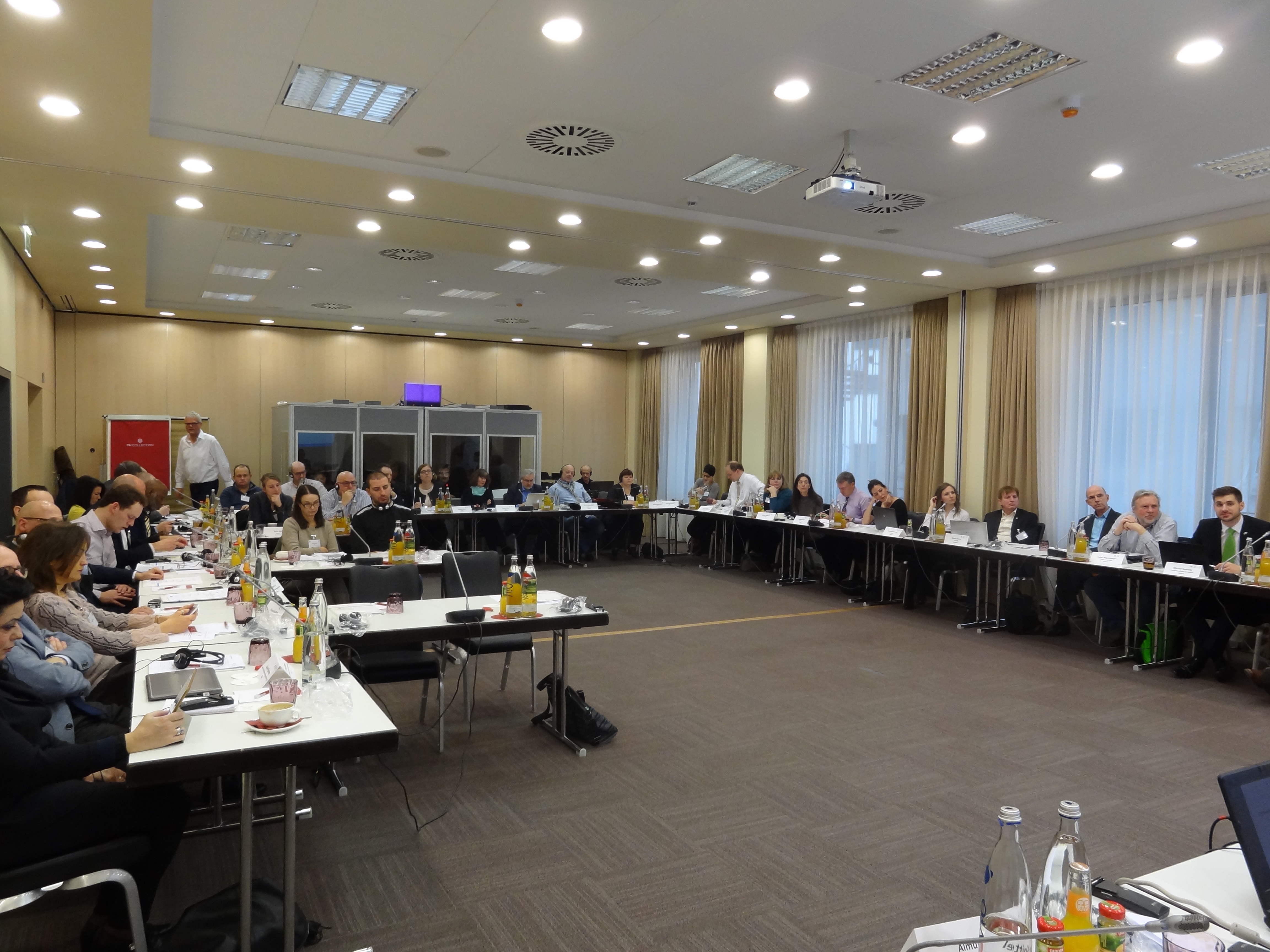 On  January 27 and 28, in Frankfurt, Germany, the third and final workshop on the European social partners’ project “Social conditions in public transport” was held. Its beginning was the seminar in Sofia, and it is expected to close by a conference in May. The seminar was attended by Nikola Rusatev – the deputy sector representative for public transport in the FTTUB Youth Committee and Mila Nikolova, expert. END_OF_DOCUMENT_TOKEN_TO_BE_REPLACED 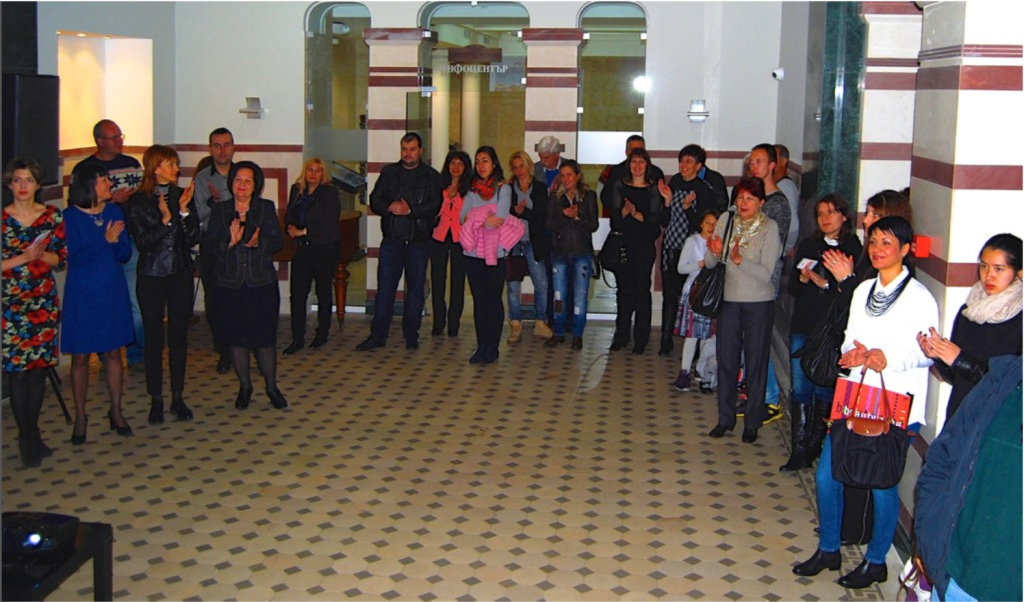 On December 5, the International Volunteer Day, FTTUB and the “European future” foundation paid tribute to volunteerism by awarding honorary diplomas and certificates to their volunteers who actively participated in the activities and the events of the two organisations. The ceremony was held on the beautiful site of Sofia History Museum. Nadezhda Staneva was leading the event.
FTTUB President Ekaterina Yordanova welcomed the participants with the words: “You are probably wondering how come unions, which preach that each work should be rewarded fairly, develop volunteering. Union membership and trade union activity in their own way are volunteerism. They mean personal time and effort sacrificed in the name of common good and excellence for all. Volunteerism is in the heart of trade unionism. ”
Yordanova recalled that last year FTTUB and the “European future” foundation, with the invaluable support of Sofia Municipality and Karlovo Municipality, organized and realized a number of initiatives. END_OF_DOCUMENT_TOKEN_TO_BE_REPLACED 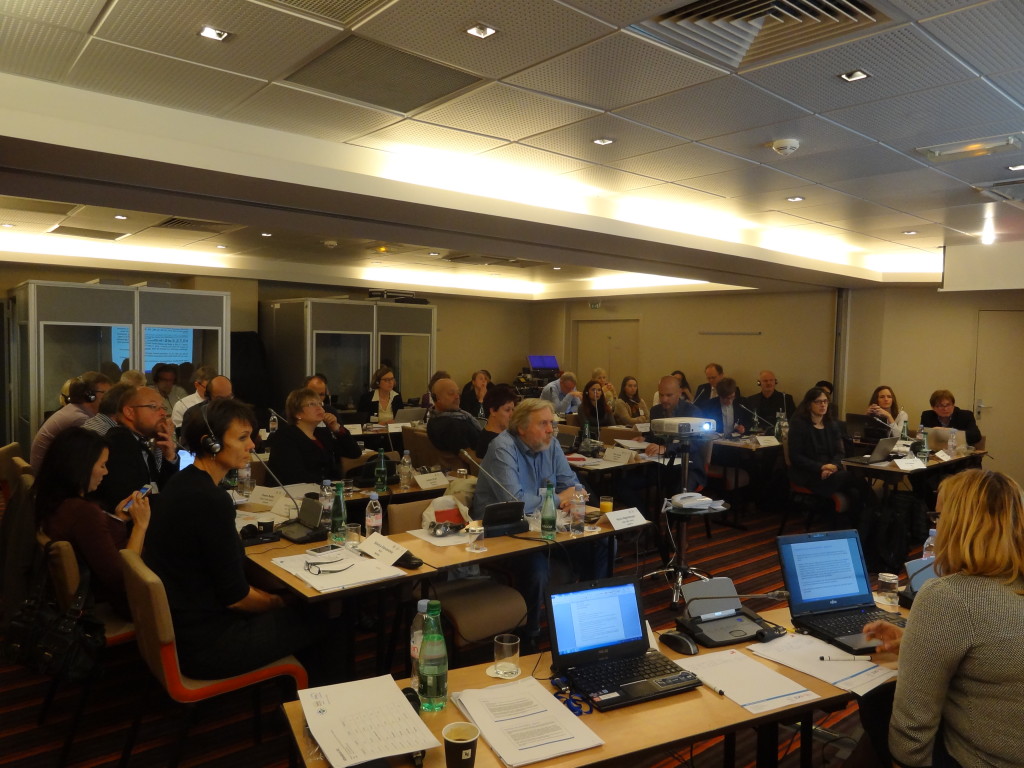 On 12 and 13 November 2015 in Paris was held the second seminar within the project “Social conditions in public transport companies in Europe”. The first one had earlier taken place in Sofia (see here). The European Transport Workers’ Federation (ETF), EVA academy and UITP – the employers’ organization for public transport, are partners in this project.
The FTTUB representatives Mila Nikolova and Madlen Yordanova, sectoral representative to the Youth Committee, participated in the seminar titled “Employment and working conditions.” There were presented the findings of the study conducted by ICF through questionnaires in public transport enterprises of 11 European countries. END_OF_DOCUMENT_TOKEN_TO_BE_REPLACED

Youth committee of FTTUB organized meeting during the Action week of ITF in which they discussed and debated on topics such as climate changes, precarious workers and Forced labor also known as modern slavery.

Youths distributed and tasks in connection with the new ITF’s campaign “5REASONS4PUBLICTRANSPORT”. It was launched on 5th of October and its main aim is to agitate and convince people to prefer public transport for their movement in order to save our planet from the extreme climate changes. In this regard FTTUB prepared a special clarification leaflet to be distributed to passengers and car drivers.

The meeting discussed some procedural and organizational issues related to the ongoing work of the Youth Committee.

The date 7 October was chosen in 2008 by the International Trade Union Confederation (ITUC) to mark the World Day for Decent Work. Since then this day is celebrated in more than 130 countries worldwide. The term “decent work” was introduced by the International Labour Organization (ILO) and has become a focus of the industrial relations.
On this date millions of trade unionists bring together their actions and efforts to achieve a fair income, security in the workplace and social protection for their families. END_OF_DOCUMENT_TOKEN_TO_BE_REPLACED