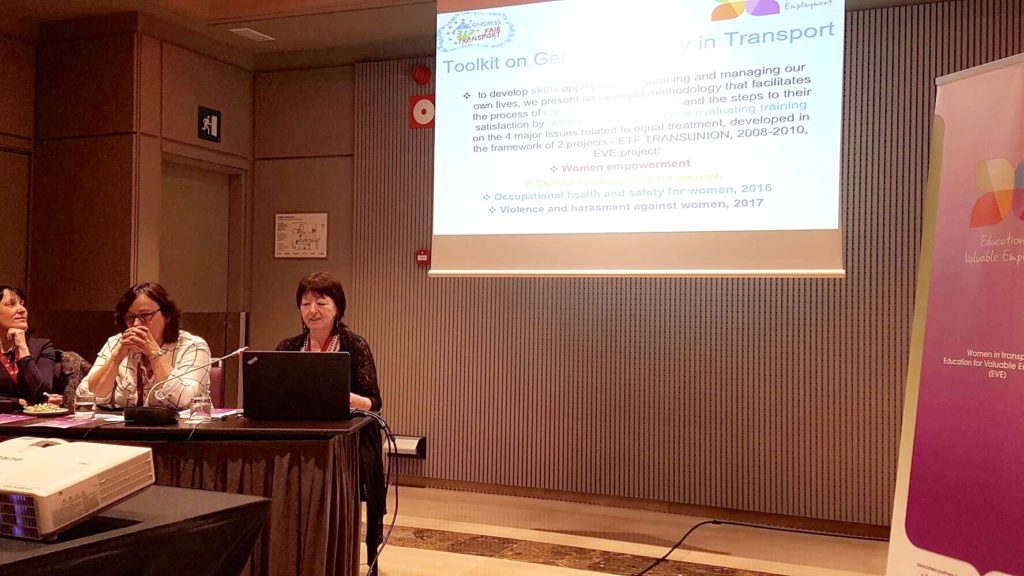 The training package contains 4 modules on various topics related to gender equality in transport, complemented by a training kit facilitating the implementation of the 4 modules in actual training situations, and a whole range of tools to help the trainer – who could be both an activist and an academic level professional. The biggest advantage of the training program is that it is adaptable to the specific needs and resources of every workplace and each trade union organization.

The fourth module on violence and the training kit were developed within the framework of the “Women in Transport – Education-for-Value Employment (EVE)” project, jointly run by the Federation of Transport Trade Unions in Bulgaria (FTTUB) and the European Transport Workers’ Federation (ETF), with the associated partnership of Unite the Union (UK), FNV (Netherlands) and FGTE-CFDT (France), and the financial support of the EC. The EVE project was presented at a special event during the ETF Congress by its manager Ekaterina Yordanova, FTTUB President and ETF vice-president. Diana Holland introduced the violence module, and the training kit was presented by its author, Yulia Simeonova, an external project expert and Head of the Workers’ College at CITUB. 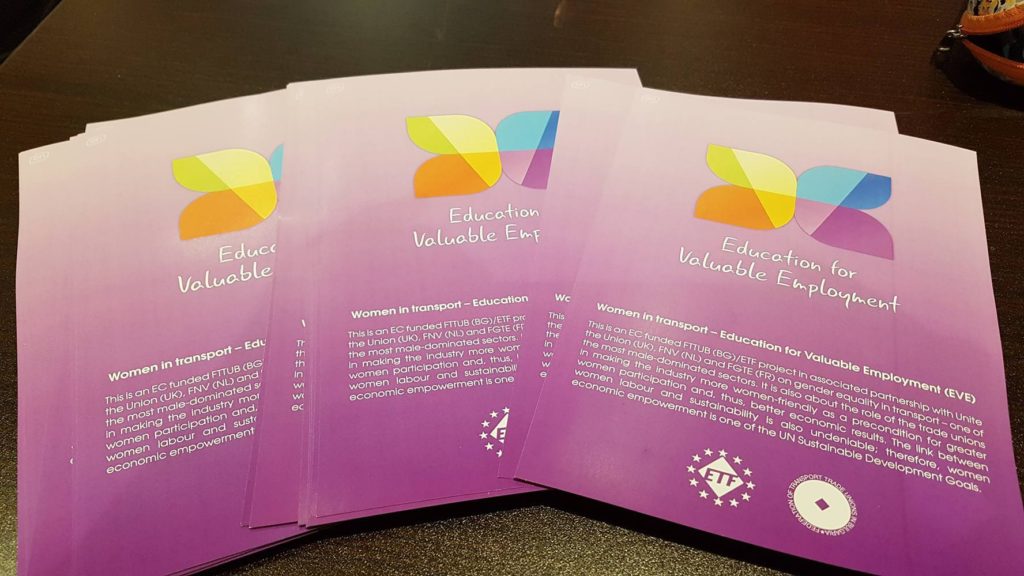 The event was organized by the Project Steering Committee with representatives of partner organizations Diana Holland, Brigita Paas and Valeri Latron (pictured), Christina Tilling and Inga-Lena Heinich from EFP, and DST – Daniela Zlatkova and Mila Nikolova . It is also attended by the deputy chair of the JTS of the FTSC Milka Kostova, as well as other women – trade union leaders from all over Europe. 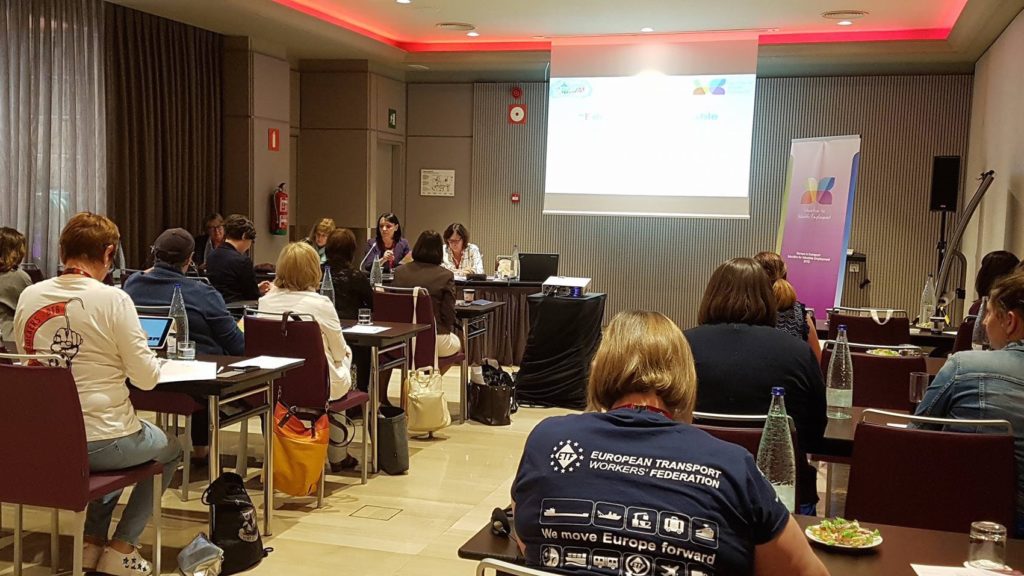 The project also includes 4 training seminars for future trainers in four areas of transport activity with similar working conditions and problems. The participants in teh four seminars will establish a network of European equality trainers in the transport sector. The first seminar, dedicated to violence in passenger transport, will be held in Sofia from 20 to 23 June.

“The training that ETF will offer should be taken up on an European level and should follow the objectives of the European Transport Federation’s program”, said Ekaterina Yordanova.