The World Day for Decent Work was marked by another important event. FTTUB addressed a letter to the Minister of Labour and Social Policy of the Republic of Bulgaria Ivaylo Kalfin. There, besides the WDDW, the federation calls for support for ratification of the 2014 Protocol to the ILO Convention on Forced Labour. This was FTTUB contribution to the initiative of the International Trade Union Confederation, personally led by its General Secretary Ms Sharon Burrow.

FTTUB have an active attitude to the issue of “modern slavery” by the joint ITF / ETF project “Crossroad 2”, in which our federation is involved (see here). The reason for its initiation became the miserable working conditions and life of Bulgarian international truck drivers – the new “modern slaves” of Europe. The project revealed the mechanisms by which are organized the abuses of human rights and labour of workers in the sector and led to concrete proposals of ETF for legislative and non-legislative measures (see here). The 2014 Protocol  offers a wide range of measures to prevent, counter and access to assistance for victims of “modern slavery”. FTTUB believe that its ratification would be a good basis for all other tools that can be put into use. “Thus, our country would not only declare its willingness to abolish “modern slavery “, but would help to more effectively combat it globally,” says the letter.
A copy of the letter was also sent to the Minister of Transport, Information Technologies and Communications. 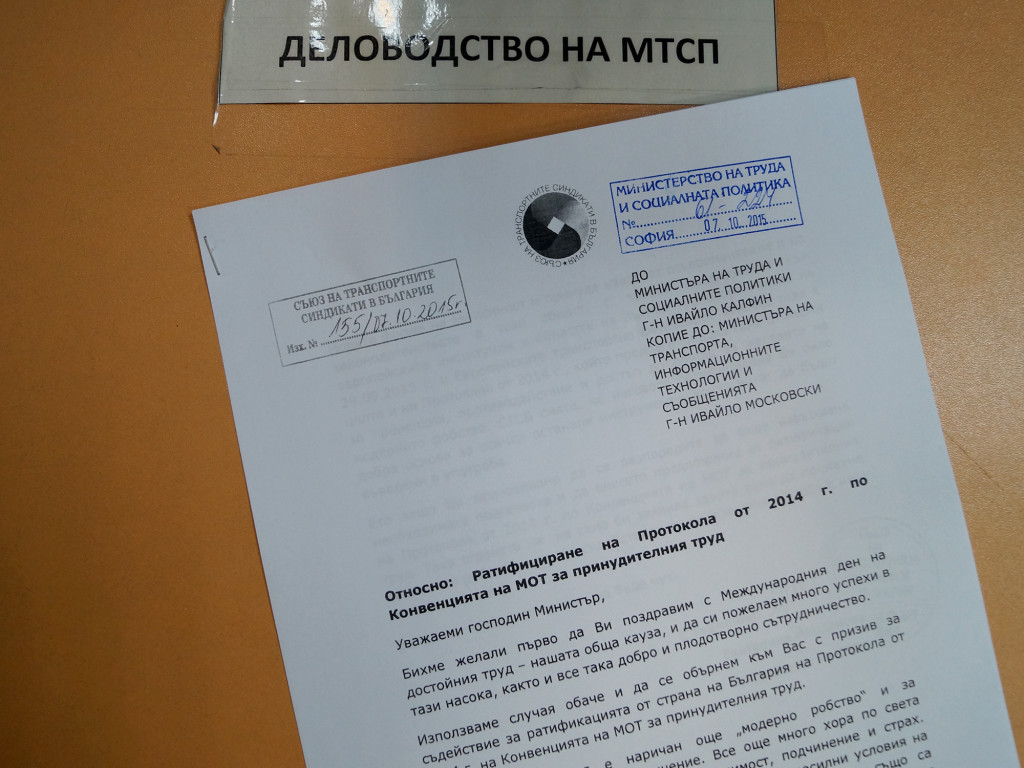