The end of the year is near, so is the closing of the Operational Program for Transport (2007 – 2013). This hurried both the project activities and accountability. After the meeting in October, yesterday’s meeting (November 25 to 26) in the Boyana Residence was another look at the results. One more meeting has been planned for the next month.
The Monitoring Committee (MC) meeting was attended by the Managing Authority, beneficiaries, local executive authorities, NGOs, trade unions, experts from the European Commission and others stakeholders.The president of FTTUB Ekaterina Yordanova was present, as usual.

First, because according to a decree of the Council of Ministers the new MC has supervisory functions over both programs. Also because all flexibility mechanisms of interaction are in use not to be left unspent funds. And mostly because the work continues according to the plans – funds go where there is both need and readiness for implementation without delay. That was the lesson taken from the previous period (first for Bulgaria).
The lessons have been learned and it happened at a urgent basis. It has been shown by the fact that the absorption of funds under the program is nearly 100 percent. With a budget of 2 billion euro, the contracts are worth € 1,982,977,120. Funds disbursed so far been 80%, but are expected to grow significantly in the remaining time. The best absorption of the European means is in the construction of the Sofia metro – 97 percent.
Projects that cannot be completed (and paid) in time, will seek for additional financing from their own funds. It concerns Road Infrastructure Agency and the NRIC, which will be granted a special interest-free loan. Other projects will be transferred to the new program.
That demonstrates a stable and successful implementation of OTP (2007 – 2013) is visible. It means also a strong and purposeful start for OPTTI (2014 – 2020). 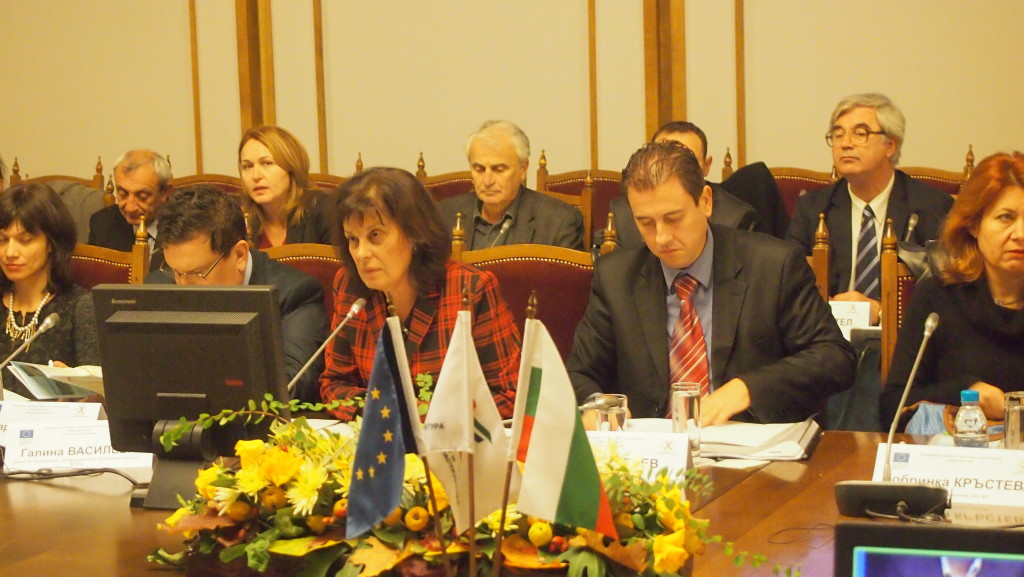 “All projects in the new Operational Program “Transport and Transport Infrastructure” 2014 – 2020 are extremely complex to implement and require greater mobilization and better expertise of the beneficiaries”, announced the Deputy Chair of the Managing Authority of the Program Mrs Galina Vassileva. The first contract has already been signed. Tenders for two other projects – Struma and Hemus motorways, are on the way. While funds under the new program are far less than the previous, we have every reason to believe that they will be well utilized.
More details about specific projects and beneficiaries can be found on the website of the Ministry of Transport, Information Technology and Communications.