On 25 September, the Confederation of the Independent Trade Unions in Bulgaria hosted a formal meeting with the Permanent Representative of the World Bank in Bulgaria Tony Thompson in a time when our country expects its detailed analysis of the state of the economy. Brief overview of key data and conclusions was presented by Mr. Thompson in his presentation “Bulgaria’s potential for sustainable growth and shared prosperity.” It outlined the parameters of development, which obviously the World Bank considers advisable. 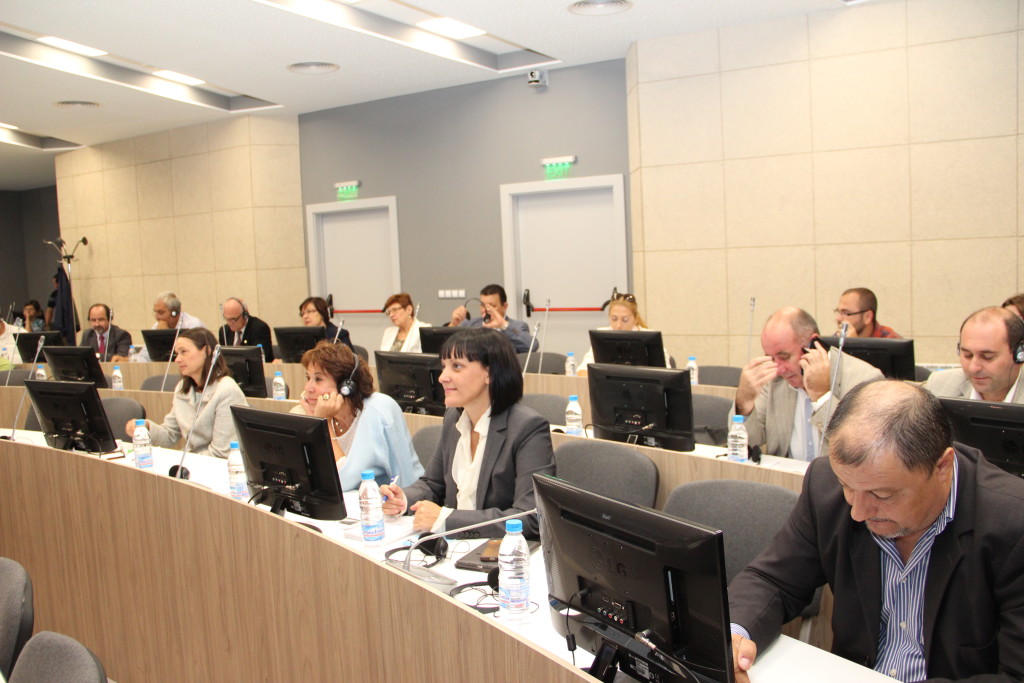 The president of the Confederation and representatives of various federations, including FTTUB in the persons of its chairman Ekaterina Yordanova and Mila Nikolova, an expert, then took the floor for questions and comments on the analysis. Most of them expressed concern that the collected data is misleading due to outdated methodology and other flaws and lead to erroneous conclusions, which in the past have been costly for the Bulgarian people. In order to prevent such mistake they recommended regular consultations of the World Bank with branch representatives – trade unions and employers, along with impact assessment of basic processes in economy, such as privatization, which FTTUB is advocating for years. Mr. Thompson thanked for criticism and recommendations and stressed that the bank works successfully with trade unions in many countries and he sees no reason for Bulgaria not to be among them.