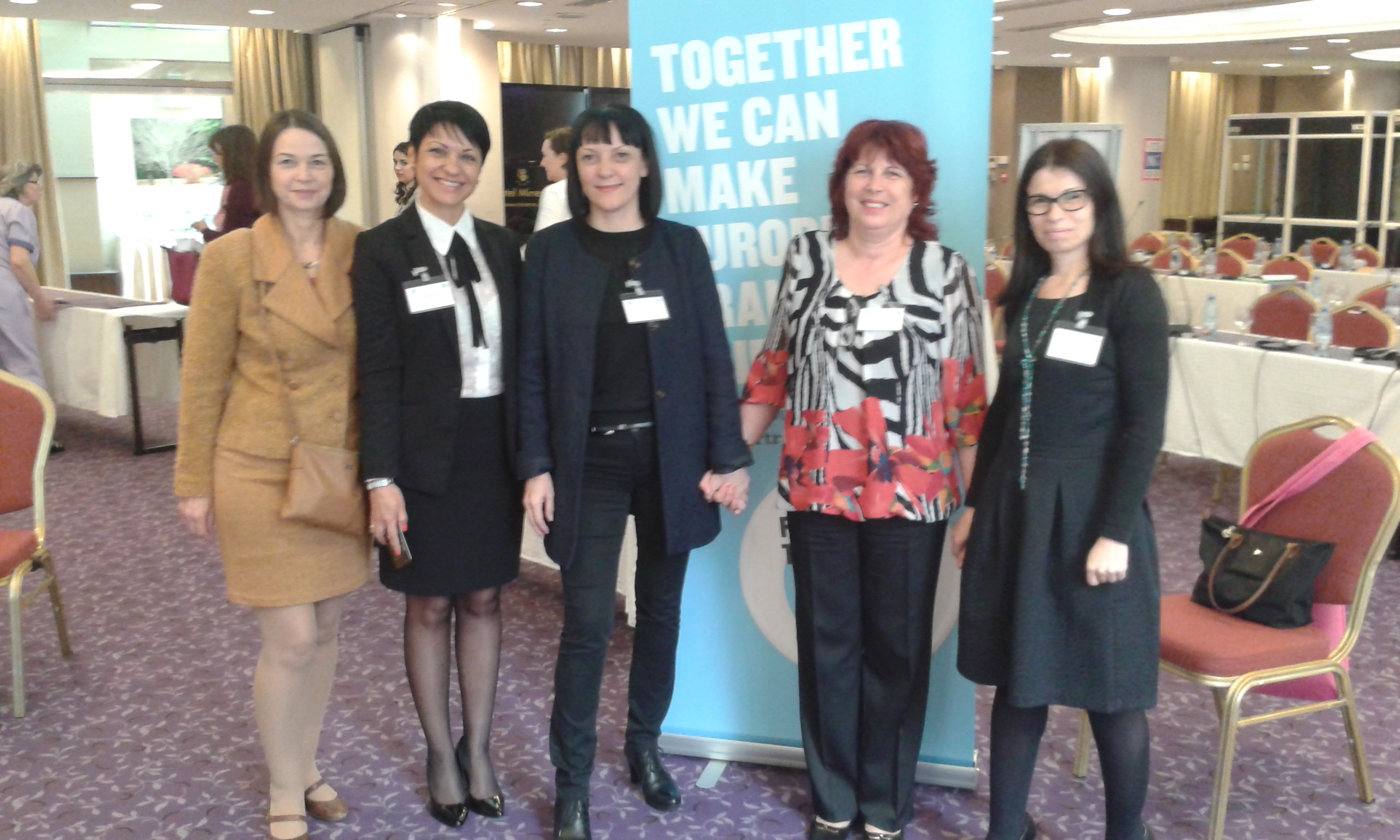 On 12 and 13 April 2016 in Bucharest a Women’s Conference of European Transport Federation was held within the project “FITE – Fair and Inclusive Transport in Europe”. One of the main objectives of the project is to encourage women’s participation in the transport sector through fair and attractive working conditions.

As a vice president of ETF, Ms. Yordanova welcomed the participants of the conference. She emphasized its importance by pointing out the reasons – the complicated political context in Europe, the upcoming Congress review of the achievements of the ETF and the growing role of women worldwide.

The progress on the key issues of the ETF gender program – healthy and safe working conditions for women, workplace gender based violence and attracting more women into trade unions – were broadly discussed during the conference. The new training module on Occupational Health and Safety was introduced with satisfaction. Joint actions of the European and the International Transport Federations (ETF and ITF) were discussed, i.e. the campaign for a convention of International Labour Organization (ILO) on violence against women in workplace, in which FTTUB also participates. Various ways of attracting new members were considered, including through participation in Women`s Committee’s campaigns.

It was necessary to outline the next priorities for the new program, so that they can be proposed and adopted at the congress of ETF in May next year. The new ideas were identified in working groups and presented to all participants.

The progress of the European citizens’ initiative was also discussed. Women were called upon to cooperate more actively for collecting signatures – first in their workplace and then outside. With the same call FTTUB turns on to its wives.

A video of ITF Maritime Transport Section on workplace violence was presented, which illustrated with case studies violence and abuse at work and provided information about the rights and response opportunities of workers in such a situation. During the ETF Women`s Committee meeting after the conference its members decided to develop a similar training module on the workplace violence. FTTUB will take an active part in it.

The next ETF Women`s Committee meeting is expected to take place in Sofia in the autumn.