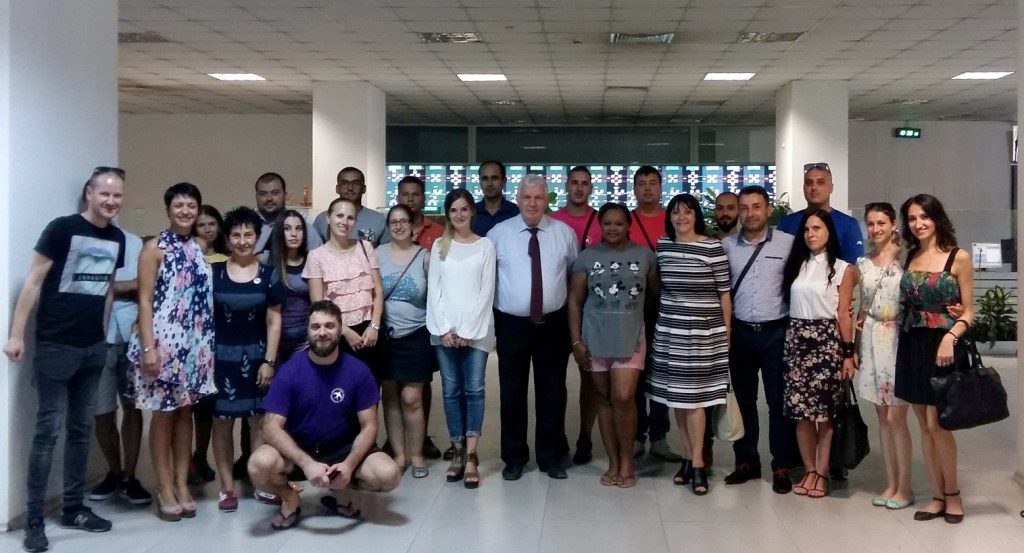 Young delegates learned about good practices in the implementation of social policies in a real environment
An international delegation of young transport workers, headed by FTTUB president Ekaterina Yordanova, introduced the working conditions and good practices in the social dialogue at Sofia’s Metropolitan. The visit to the Dispatching Centre of Metropolitan EAD was one more even in the program organized by FTTUB and its youth committee for the International Youth Day -12 August. Young transport workers, activists of the transport unions from Bulgaria, the Balkans and Europe, as well as members of the International Transport Federation (ITF) Youth Committee, took part in the visit. 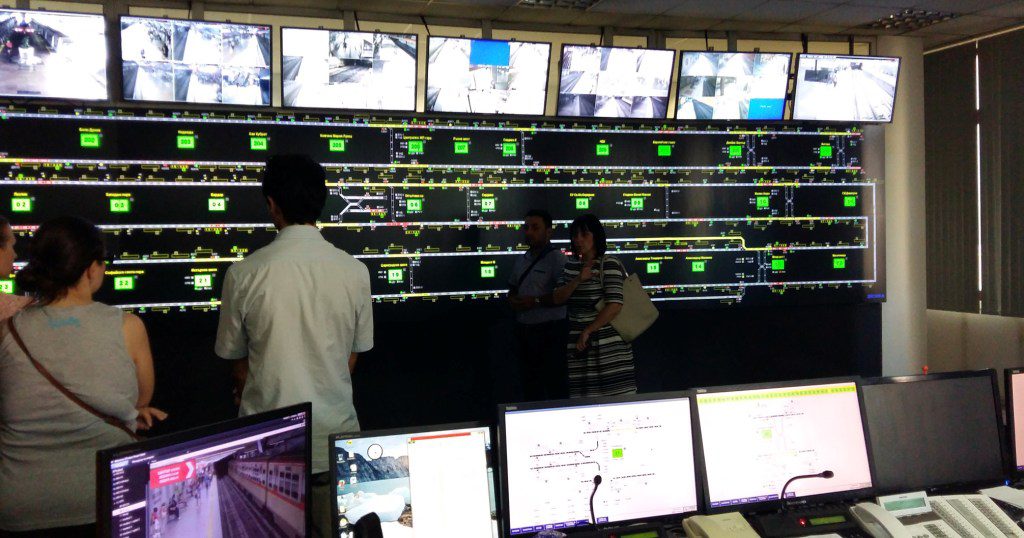 Metropolitan Plc is one of the companies in which trade unions and employers, in a spirit of constructive dialogue, have made serious progress in implementing social policies, thus ensuring the company’s sustainable development. The delegation was welcomed by the leader of the union organization Tatiana Patchkova, the youth and women’s representative Plamena Zhelyazkova, and young members of the organization. They acquainted the delegates with the achievements of the social dialogue in one of the most dynamically developing transport companies in Bulgaria, and shared their experiences in implementing social policies in a real environment. They also presented the work of the teams who manage the traffic on the subway lines. 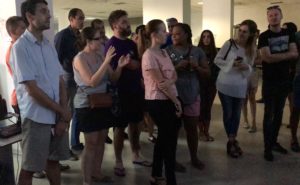 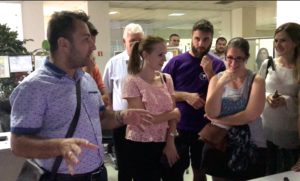 A special presentation for the participants was prepared by the executive director of the company, Prof. Dr. Eng. Stoyan Bratoev, who presented the large-scale construction program completed over the past 5 years, including the challenges posed by the present construction of the third metro line. The expansion of the metro is one of the key infrastructure projects in Sofia. The project is financed with the support of the European Commission, the European Investment Bank and Bulgarian government.
Regarding a question of the participants about the company’s policy for attracting and retaining young people, Prof. Bratoev commented that 60 per cent of the employees in “Metropoliten” Plc (about 2000 people) are under 40 years of age. “As a lecturer at the University of Mining and Geology I have the privilege to attract young people, and some of my students are already working in the construction and operation teams of the metro,” explained Prof. Bratoev. 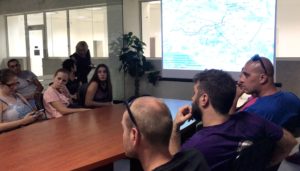 Paolo Cestoni, a delegate from Argentina and member of ITF’s youth committee, asked whether the planned automation of the new units to be launched on the third metro line will not lead to staff cuts. According to Prof. Bratoev, automated units will ease the drivers’ workload by reducing the stress they are undergoing, but the human factor will still be needed to monitor the safe and seamless passenger transport.
On behalf of the International Transport Federation, Ekaterina Yordanova thanked Prof. Bratoev for the interesting presentation, and for having dedicated time to the young people, despite his many responsibilities. “I hope that this meeting will motivate you to work hard and achieve your goals. You see for yourself that Prof. Bratoev started his career as a technical supervisor and grew to be a CEO of the company, which is currently running one of the largest projects in both EU and Bulgaria. He has received the recognition of the European Commission and Bulgarian State for his contribution to the expansion of Sofia Metro.” – said Ekaterina Yordanova, adding that Eng. Bratoev has won the most prestigious state medal in Bulgaria -“Stara Planina”. She also took the opportunity to thank “Metropolitan” Plc for the coomapny’s support for FTTUB’s campaigns for gender equality, for eliminating violence against women; and for the initiatives for improving the work-life balance.
On 12 August, the representatives of ETF’s Youth Committee, Patricia Lauder, and ITF’s Youth Committee, Paolo Cestoni, along with FTTUB’s Youth Committee co-chairs Alina Milusheva and Georgi Georgiev and the young members Ignacia Aceva and Elitsa Bikova, departed for Varna – the sea capital of Bulgaria and 2017 European Capital of Youth. They held a series of meetings with young transport workers from the Port of Varna, Varna public transport and Varna Airport.