On January 28, 2016 FTTUB hosted a joint meeting of the European social partners in fisheries: the European Transport Workers’ Federation (ETF) and EUROPECHE, with experts from three Bulgarian institutions – Ministry of Labour and Social Policy (MLSP), Ministry of Transport, Information Technology and Communications (MTITC), Ministry of Agriculture and Food (MAF), and representatives of the International Transport Workers’ Federation (ITF) and of the biggest Bulgarian fishing association BG FISH. Special guest was Brandt Wagner from the International Labour Organisation (ILO), the United Nations agency dealing with labour issues. 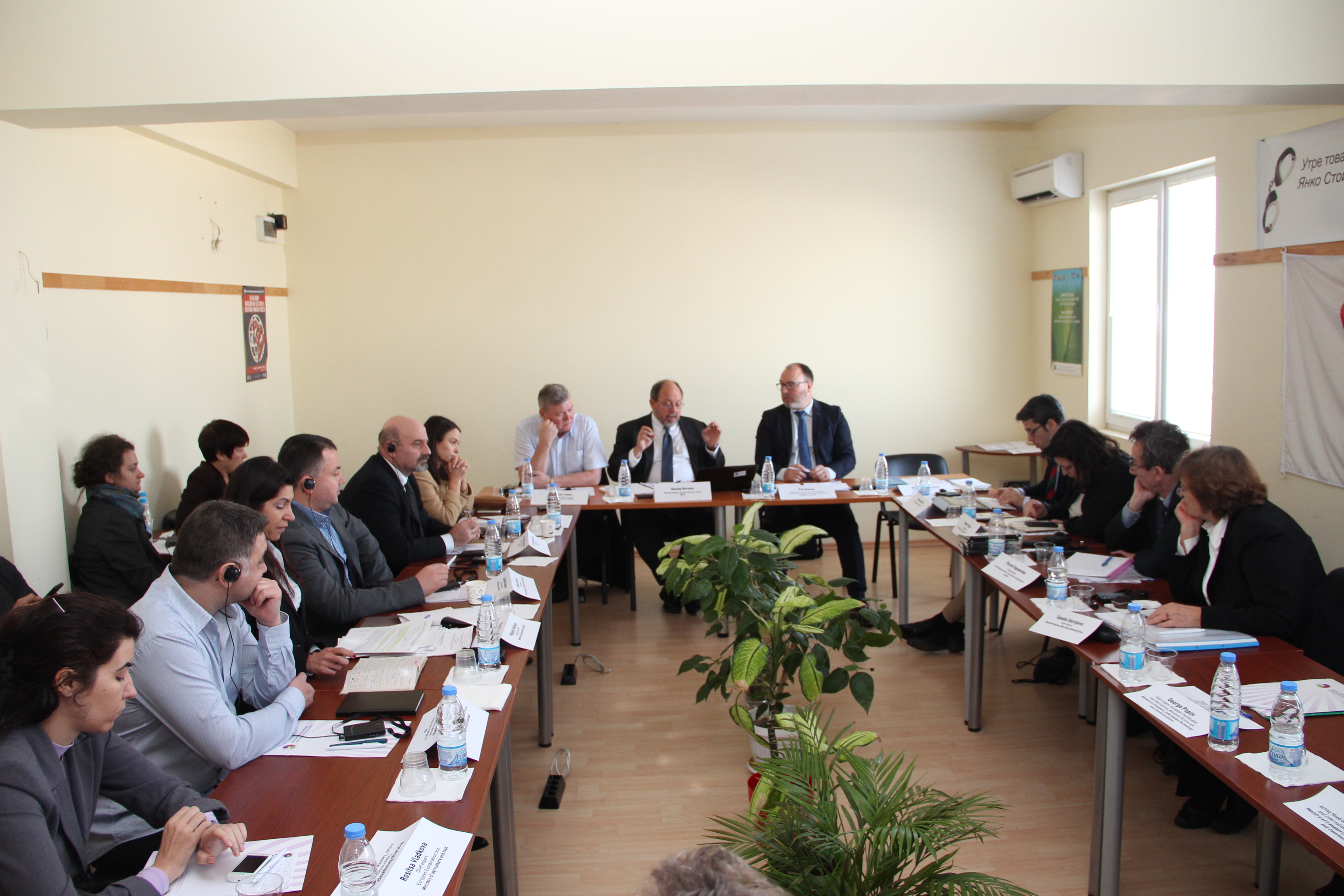 At the meeting was presented and discussed the initiative of the European social partners (employers and employees) to accelerate the ratification of Convention 188 of the ILO on working conditions in fisheries after the EU Council’s decision. The event which was held in FTTUB headquarters in Sofia is one of several consecutive meetings in different Member States in the framework of the project “Towards a true socially sustainable EU Fishery: a contribution of the EU social partners.” The attendees were welcomed on behalf of the President of FTTUB Ekaterina Yordanova, Vice President of ETF and elected Vice President of ITF from August 2016.

Mr. Wagner presented the Convention and its design. It covers the most important issues, such as health and safety at work, manning and hours of rest, crew list, repatriation, recruitment and placement and social security, which are currently governed by a number of different documents. The aim of Convention 188 is to achieve and maintain decent living and working conditions of fishermen by means of the introduction of minimum international standards. According to Cor Blonk, Chairman of the Sectoral Social Dialogue Committee (SSDC) for Fisheries, supported by his Deputy Flemming Smidt from ETF, the ratification of Convention 188 is also necessary for the harmonization of the requirements for working conditions in the EU and between the EU and third countries as a whole.

FTTUB expert Mila Nikolova, who is a member of the Sectoral Social Dialogue Committee for Fisheries, said that Bulgaria at least meets the minimum standards for fisheries work according to Bulgarian legislation, but ratifying Convention 188 would have a positive global and European impact regarding the Black Sea region. Yordan Gospodinov, CEO of BG FISH, supported the view that the national social partners from the fisheries sector have to be heard and their interests have to be taken into account.

Government officials also expressed their opinion and an open and meaningful discussion took place. Discussed were a number of arguments in favour and against moving towards ratification, identified were the stages of preparedness, as well as the mechanisms to achieve it, including through the Programme for Maritime Affairs and Fisheries. On the advice of experts from Ministry of Labour and Social Policy, which will supposedly be the leading institution, the procedure could be launched by a social partners’ recommendation to the Minister, but it would eventually start next year, since the 2016 plan has already been prepared.