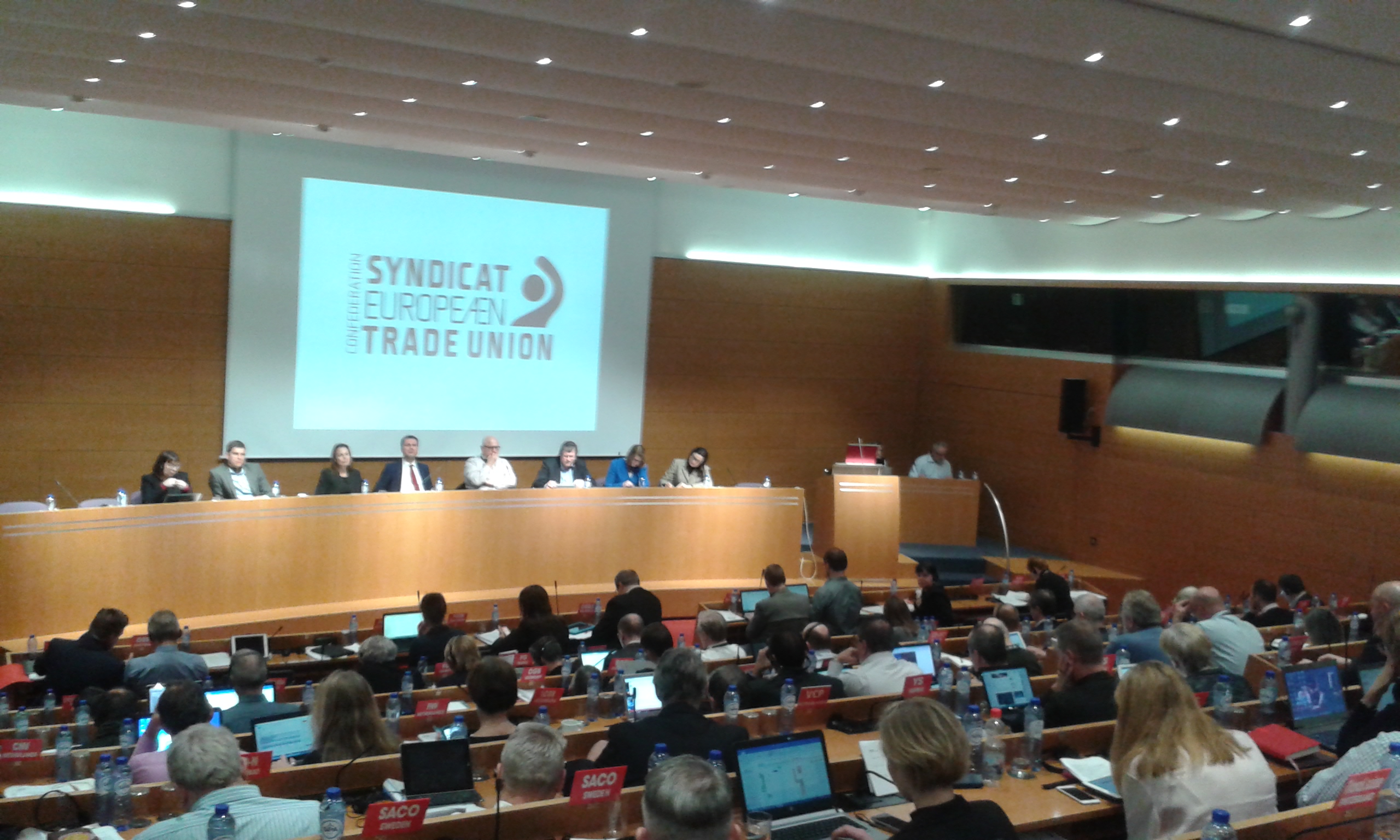 On 14 and 15 December the Executive Committee of the European Trade Union Confederation (ETUC) held its last meeting for the year. Ekaterina Yordanova – president of the Federation of Transport Trade Unions in Bulgaria, national representative and vice president of the Women’s Committee of ETUC, was represented by her deputy Mila Nikolova. On behalf of the Women’s Committee she urged the Executive to implement the 2015 Paris Congress decision on parity in the representation of both genders in the ETUC bodies. However, attitudes among members for its implementation are not as unanimous as the vote on the resolution at the congress. This puts the ETUC in a delicate situation.

At the meeting of 14th, Mila Nikolova read the WsC statement adopted at the last meeting that the Congress decision should be put into force. In response, the Secretary General Luca Visentini included the issue into the agenda of the Steering Committee taking place the next day. There, two proposals for a way out were discussed and will be voted on next Executive. One of them came from the WsC in support of their position.

On behalf of WsC Mila Nikolova also commented other items of the agenda closely related to gender equality. She welcomed the fact that the ETUC campaign for pay rise had set among its objectives to close the gender pay gap. The issue will be put forward in celebrating March 8 next year and will be the Committee’s contribution. It was also noted that GPG refers to the active aging topic as well as it has an age profile and reaches the staggering 40% gender gap in pensions. Many more women than men in Europe are at risk of poverty, especially after the age of 65. Raising the lowest wages will definitely have an effect, since many women are employed in low paid jobs.

The secretariat report on social dialogue on work/ life balance was also commented. It was emphasized that the issue is clearly not a priority neither for employers nor the European institutions despite the stated intentions. Though, the issue concerns almost all categories of workers – parents, youth, women, self-employed and aged workers caring for a dependent family member. Therefore, members of the Executive Committee were invited to provide support and strengthen their activities at all levels of social dialogue. The Secretariat of the ETUC also considers opportunities for influence within the European Semester.

The main conclusion from the busy schedule was that all efforts continue and obviously, next year will not be easy neither for ETUC Women’s Committee nor for FTTUB as an active part of it. Hopefully, it will be a successful one.