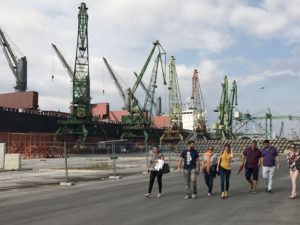 After the Regional youth conference held on 9 August 2017 in Sofia, FTTUB organized a five-day program for exchanging trade union practices, planning future joint activities with European and international transport federations, and preparing the initiatives of FTTUB Youth Committee. Work visits were organized at Varna-East Port, Varna Public Transport and Varna Airport; as well as a working meeting in the village of Kyulevcha between representatives of the youth committees of FTTUB, ETF and ITF. END_OF_DOCUMENT_TOKEN_TO_BE_REPLACED

On 4 April in Amsterdam started the action week of the river cruise transport  in Europe. It is organized by the International Transport Workers’ Federation (ITF) and its regional division – European Transport Federation (ETF). The two trade union structures are joining forces through their project “River cruise” aiming to protect workers in this sector and their working and living conditions. The specifics of work in inland navigation puts an equal sign between those two terms, as these employees practically live in their spare time on board – sometimes for months. END_OF_DOCUMENT_TOKEN_TO_BE_REPLACED

Today, 25 January 2016, the European Parliament Committee on Transport and Tourism (TRAN Committee) adopted its report on the so-called Port Service Regulation (PSR). This legislative proposal is crucial for the European Transport Workers’ Federation (ETF) as it touches upon several groups of workers represented by the Federation, especially in tugs and cargo-handling.

“The rapporteur, Knut Fleckenstein has done a huge work trying to balance the text according to the points of view expressed by the relevant stakeholders,” said ETF Dockers’ Section vice-chair, Torben Seebold. “We had asked the TRAN Committee to be more ambitious on social articles, but we believe that the PSR resulting from this vote presents several improvements compared to the original text,” he added.

“We are particularly pleased that the EP rejected the market access elements”, Seebold continued. “This is the third time: hopefully the lesson has been learnt and no similar proposals will come up in the future. The new article 10.a, on which we could find an agreement with FEPORT, is a good step forward.  We are, however, very concerned about ongoing attempts to dismantle port labour schemes. We are not going to stare at the precarisation of our jobs and the worsening of our working conditions: when dialogue falls short, international solidarity is ready to be implemented” he concluded.

A positive element for the ETF is also the exclusion of pilotage and the recognition of its fundamental role for safety.

Voicing the unions representing workers in tugs, Jean-Philippe Chateil from ETF French affiliate FOMM UGICT CGT declared “The initial text was very worrying because of its potential negative impact on existing social standards in the tug sector in some EU countries. A joint effort was made at institutional level to listen to our concerns’. He added ‘Satisfactory solutions could be found to avoid opening the door to social dumping. More political courage would have been needed on some aspects, notably on transfer of staff, as not all EU countries have legislation protecting workers’ rights when the tug operator is replaced”.

“We’ll do all we can to make sure that the enhancements are kept by the Plenary and by the upcoming three-way negotiations and that further improvements are introduced,” concluded Livia Spera, ETF Political Secretary for Dockers.

For more information go to: http://www.etf-europe.org/etf-3642.cfm

On December 9, another meeting of the Sectoral Social Dialogue Committee for Ports (SSDC-P) was held. Negotiations continued to enhance safety at work, especially onboard of ships. END_OF_DOCUMENT_TOKEN_TO_BE_REPLACED 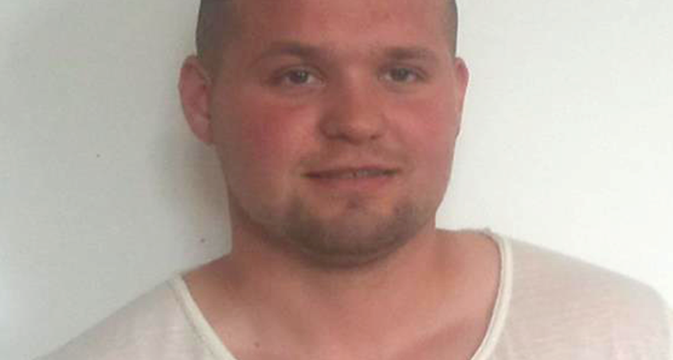 A global campaign is being launched in support of Maciek Konopka and his colleagues at Deepwater Container Terminal (DCT) Gdansk as union-busting activity by management reaches new heights. Konopka has been sacked from his job at the terminal after 6 years of fixed term contracts, ostensibly because he is a visible and active member of ITF affiliate union NSZZ Solidarnosc. END_OF_DOCUMENT_TOKEN_TO_BE_REPLACED

Seafarers’ right to protection, information and consultation and fair and just working conditions endorsed by the European Parliament’s plenary session.

On 8 July 2015, the European Parliament’s (EP) Plenary session adopted the agreement reached in trialogue with the Council of the EU last May, on the European Commission’s proposal for a Directive on seafarers. This adoption marks the end of a very long process, which started some eight years ago and which had opposed shipowners to trade unions for many years. END_OF_DOCUMENT_TOKEN_TO_BE_REPLACED

In the begging of May the EP TRAN Committee resumed its work on the proposed Regulation on market access to port services and financial transparency of ports (PSR). The meeting was attended by an ETF delegation which included union officials and workers in cargo handling and other port services from Belgium, France, Germany and the UK. END_OF_DOCUMENT_TOKEN_TO_BE_REPLACED