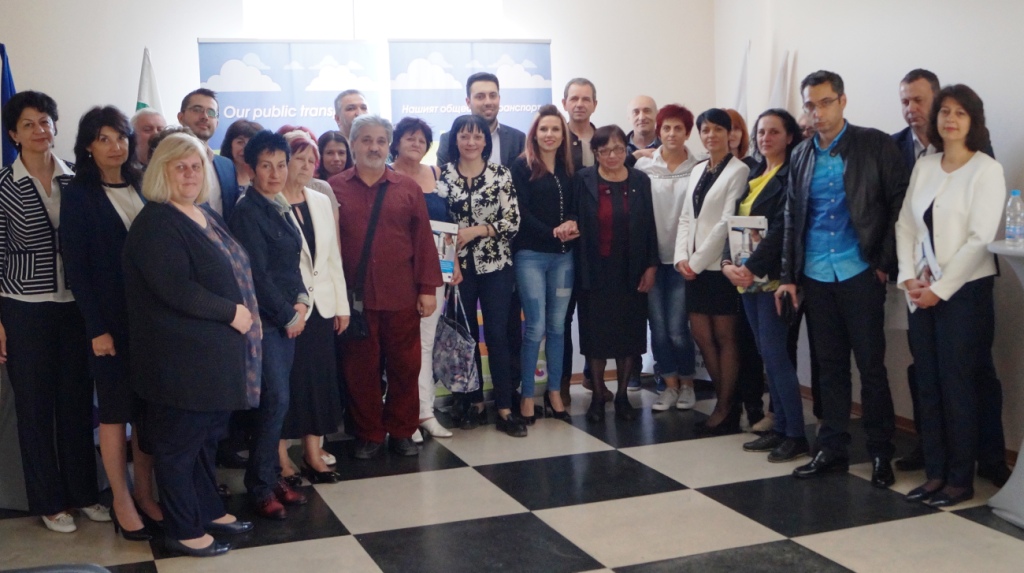 In her opening speech, FTTUB president Ekaterina Yordanova said, “We have gone a long way over the years. We started with the idea, followed by a public campaign; coming to the agreements signed with big cities’ municipalities. Then we saw the problems, prepared analyses and reported the results. All this, we managed to achieve together, thanks to our effective social dialogue.”

Mrs Yordanova also noted that simultaneously with the event in Sofia, a UITP Global Meeting was taking place in Montreal, a joint seminar being held with representatives of UITP and ITF on “Women in Transport”, presenting Bulgarian experience and good practices of partnership. 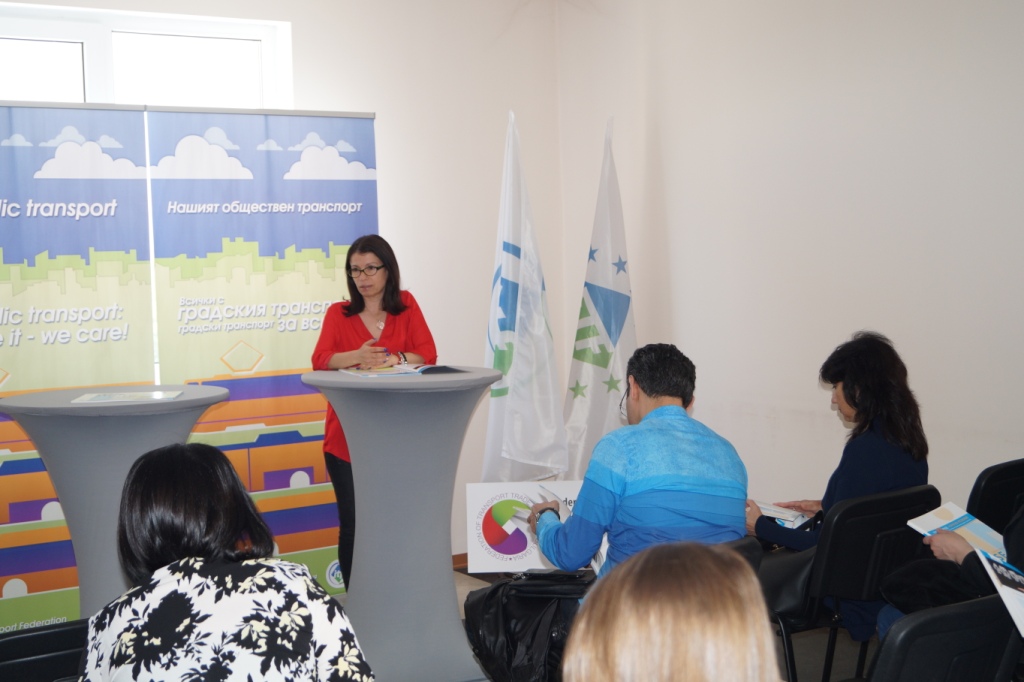 Daniela Zlatkova, political secretary of “Road Transport”, introduced the participants in the meeting to the results of the project and the good practices in Bulgaria and other European countries. The report recommends continuing the efforts to engage more women, because this would help companies attract more talent, skills and innovation, create a better working environment, improve their public image and achieve better financial performance.

Daniela Zlatkova paid special attention to the Joint Recommendations of ETF and UITP to attract women to work in urban public transport. The main ones are that transport can be made more attractive to women by improving working conditions, achieving work-life balance, improving workplace safety, enhancing working culture and overcoming gender stereotypes and – last but not least – achieving equal pay.

Data from the previous WISE I report show that in 2012, 17.5% of employees in EU public transport were women. The recommendations of the social partners are that the percentage should reach 25% by 2020, and 40% by 2035. The employment rate of women in Bulgarian public transport is higher than the average European, and the share of women in Sofia Electric Transport, for example, is 30% at the moment.

FTTUB President Ekaterina Yordanova gave employers and trade union leaders the Bulgarian edition of the WISE II report, with its policies, good practices and recommendations of the social partners ETF and UITP, for increasing the share of women working in public urban transport.

The event was also attended by the Chair of ‘Open Door’ Center Zlatka Macheva and ‘Demeter’ Association’s Project Coordinator Diana Videva. For years, the two NGOs have been actively working to support, protect and care for women and children who have experienced violence – domestic, physical, sexual and emotional. They welcomed FTTUB’s efforts to prevent and overcome all forms of violence in the transport sector.

Ekaterina Yordanova paid special attention to the Memorandum on the Prevention of Violence in Public Transport signed in May 2015 between the International Transport Workers’ Federation (ITF) and the International Association for Public Transport (UITP). She shared her hope that, with the cooperation of the two respected organizations, FTTUB’s efforts for safer and more secure transport jobs will deliver even better results.