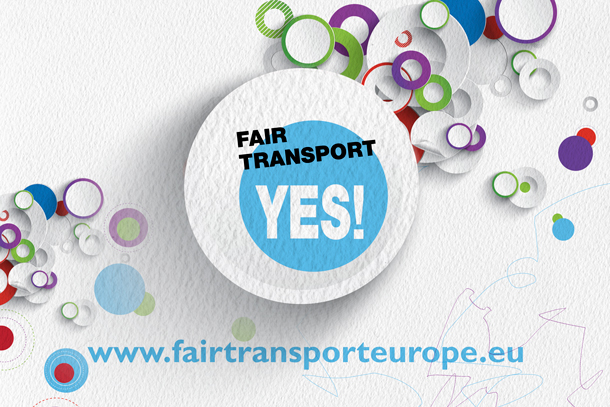 On December 8, at the ETF premises in Brussels was held a meeting of national representatives in the collecting signatures campaign within ECI Fair transport Europe for social justice in transport. The meeting was attended by Eduardo Chagas, ETF General Secretary. The countries’ representatives reported activities and challenges. Best practices were identified in all seven steps of the campaign. The most important seems to be the clear message: for better transport services through quality employment – in all modes of transport and for all EU citizens in all members-states. END_OF_DOCUMENT_TOKEN_TO_BE_REPLACED

The date 7 October was chosen in 2008 by the International Trade Union Confederation (ITUC) to mark the World Day for Decent Work. Since then this day is celebrated in more than 130 countries worldwide. The term “decent work” was introduced by the International Labour Organization (ILO) and has become a focus of the industrial relations.
On this date millions of trade unionists bring together their actions and efforts to achieve a fair income, security in the workplace and social protection for their families. END_OF_DOCUMENT_TOKEN_TO_BE_REPLACED

The Austrian government reacted to the public campaign and proposals made by the trade unions. The ÖGB mobilised large parts of the labour movement for the campaign over the last months and collected more than 880.000 signatures demanding the reduction of income tax rates. After long negotiations within the Austrian government, supported by the experts of the trade unions, the outcome is a huge success for the labour movement as a whole. END_OF_DOCUMENT_TOKEN_TO_BE_REPLACED

An outcry raised by a coalition of trade unions and civil society groups has led UN Women to disassociate itself from a partnership with ‘ride booking’ app provider Uber just over a week after its announcement. The unions and NGOs had acted speedily to persuade the United Nations organisation to reconsider a strategic partnership with the company that would supposedly create ‘a million’ jobs for women drivers. END_OF_DOCUMENT_TOKEN_TO_BE_REPLACED

A coalition of concerned organisations, led by global unions including the ITF (International Transport Workers’ Federation), has formed to express its shock over a ‘strategic partnership’ between UN Women and Uber, the ‘ride booking’ app provider. The coalition took the message to the floor of the 59th session of the UN Commission on the Status of Women (UNCSW59) today, after Uber used the event to announce a plan to supposedly create a million jobs for women drivers. 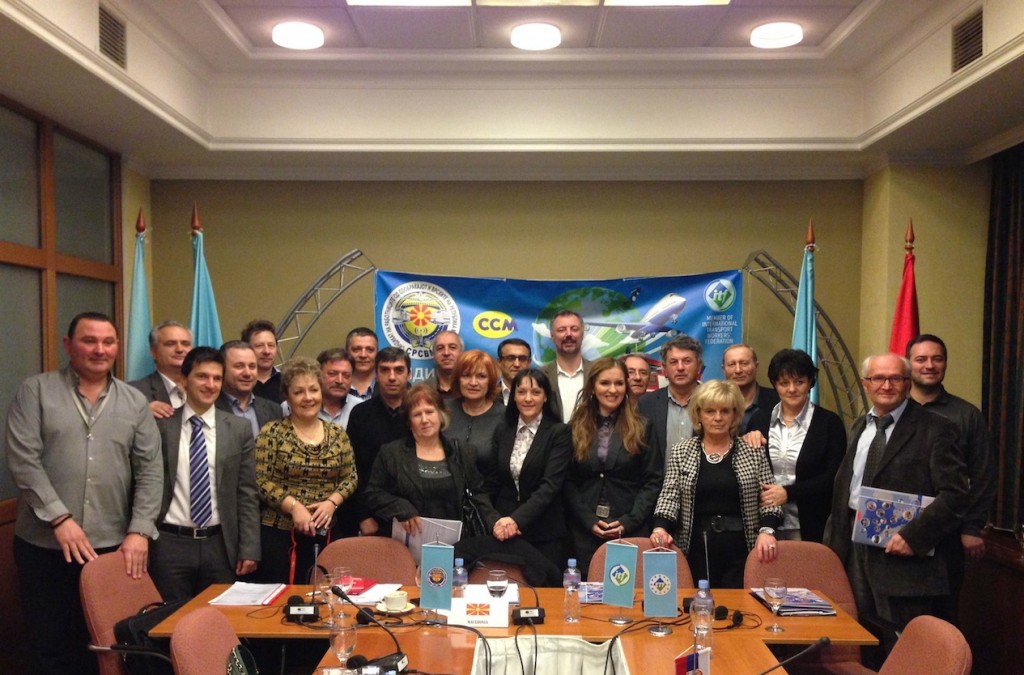 In the period 30/11 – 01/12/2013 a regional meeting was held in Skopje between trade unions of the transport sector and telecommunications from Bulgaria, Macedonia, Serbia, Montenegro, Croatia, Bosnia and Herzegovina, Romania and Slovenia. The meeting took place three months after the first one which was organized in Sofia where participants were representatives from FTTUB and SRSVM. On the meeting last week the President of FTTUB was awarded a plaque by Mikko Stojanovic, leader of SRSVM.
The Bulgarian side were present Ekaterina Yordanova, president of FTTUB and member of the Executive committee of ETF and ITF, Sasho Aleksov, chairman of Bulgarian railway trade union to FTTUB, Emilia Ivanova, chairman of the trade union organization of FTTUB in “Electrical transport”. END_OF_DOCUMENT_TOKEN_TO_BE_REPLACED